Whew! January is almost over, which brings me back to the world of blogging.

Hi. Hello. I've missed seeing all the lovely blogs and even lovlier baked treats. I needed a break from blogging, but I kept up with the baking. It's been a fantastic month of Tuesdays with Dorie recipes, too. There hasn't been one stinker in the bunch.

Here we go in reverse order... first up, or I guess that would be last up, Jennifer of Cooking for Comfort chose Nutty, Chocolaty, Swirly Sour Cream Bundt Cake. 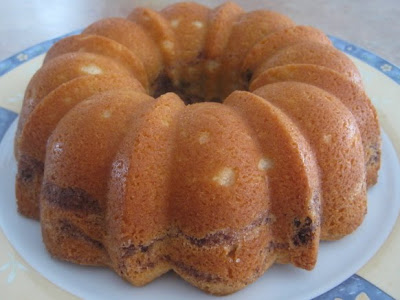 I wasn't expecting to like this, what with the dreaded cinnamon-chocolate combination in the swirl. But guess, what? I loved it, it was SO fantastic. The cake was nice and moist and the swirl was sweet and tasty. I made a few modifications, namely, leaving out the orange zest from the batter and the nuts and raisins from the swirl. Care was also taken to make sure the swirl was well hidden beneath layers of batter. I also used my 1/2 sized bundt pan for the first time... the cake was so adorable to boot! 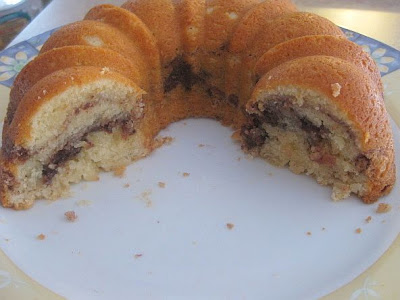 Before that, Betsy of A Cup of Sweetness chose Lemon Poppyseed Muffins. 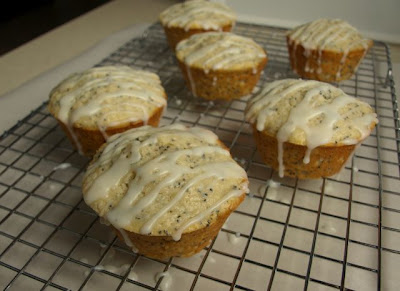 I made these as directed and they were just perfect. Lemony and crunchy from the poppy seeds, moist and tender from the sour cream in the batter. They weren't terribly sweet but that's OK because they were muffins, not cake. No complaints at all with these little yummies.

Next, Margo of Effort to Deliciousness chose Fluff-Filled Chocolate Madeleines. 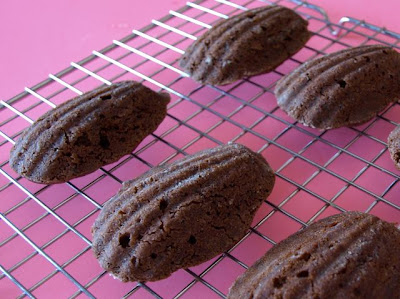 My madeleines, without their fluff filling, or chocolate glaze were the poor cousins of those lucky madeleines that were made like they were supposed to be. (I soooooo did not need an almost-full jar of marshmallow fluff in my pantry, so I skipped the filling. Plain old laziness dictated that mine would not get a dip in the chocolate pool.) But you know what? They still tasted awesome, like bite-size chocolate cakes. 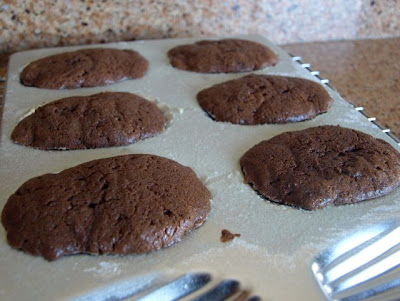 Of course, they didn't have the much-coveted hump on the back. But, really, who cares? Not me and not my taste buds.

And finally, that brings us to the first recipe of 2011, Midnight Crackles, which were chosen by Laurie of Slush (and founder of TWD) and Julie of Someone's in the Kitchen for the third anniversary of TWD. 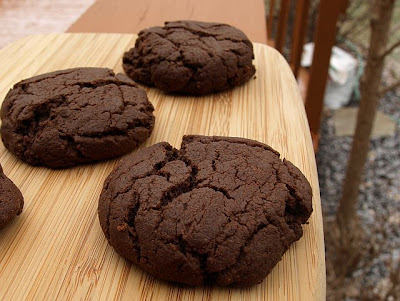 It's been a while, but I seem to remember these might have had some spices in them... whatever it was, I left them out. I wanted pure, unadulterated chocolate.

And this cookie delivered just that. They were seriously good. If they would have had some chocoalte chips in them, they would have been the best ever Chocolate chocolate chip cookies. Underbaking them a little was key, by the way.

OK, folks, that's January! In a nutshell. If you'd like to see the recipes, check out the lovely ladies' blogs, or get ahold of a Dorie Greenspan's book, Baking, From my Home to Yours.
Posted by Jacque at 12:01 AM 17 comments: 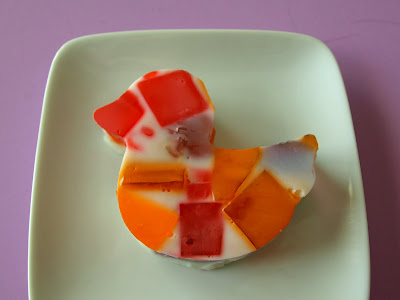 Hey there. I'm taking a break from blogging this month.

I'm going to keep up with Tuesdays with Dorie and hopefully a few other blog events. I'll post them in one big round-up at the end of the month.

Until then, happy baking!! Quack, quack.

(Check out Mary at the Food Librarian for directions on Broken Glass Jello.)
Posted by Jacque at 9:50 AM 4 comments: