Am I among the legions of raisin-haters, you ask? Nope, just in with the perpetually forgetful. The raisins were there on the counter, measured out, awaiting their fate, but that's as far as they got. Oops. 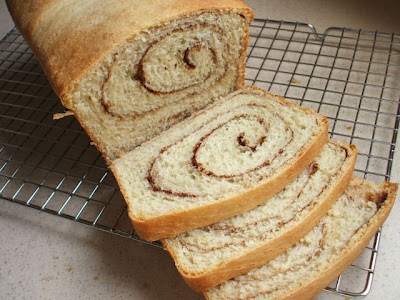 Can you tell just by looking... how wonderful it was? I had a houseload of kids and neighbor-kids over the day I made this and the stats prove it. Five out of six kids wolfed this down, still warm from the oven with butter and a sprinkling of sugar. It tasted like the world's best ever cinnamon toast.

Susan of Food.Baby picked Raisin Swirl Bread for this week's Tuesday's with Dorie recipe. You can find the recipe on her blog or in Dorie Greenspan's book "Baking, From my Home to Yours". Thanks, Susan, great pick!
Posted by Jacque at 9:56 AM 16 comments: 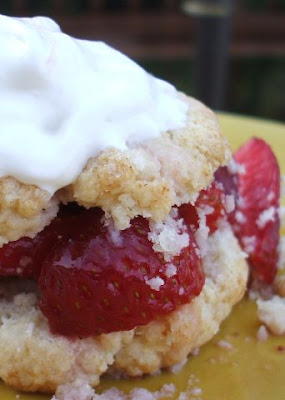 Cathy of The Tortefeasor chose Tender Shortcakes for this week's Tuesday's with Dorie recipe. (If you've never visited Cathy's blog, be sure to stop by. You're in for a real treat with her humor as she chronicles her adventures in the kitchen.)

These shortcakes had a lot going for them... they were the perfect sweet biscuit for shortcakes and they were so easy to make... the proof being only one dirty dish to clean. 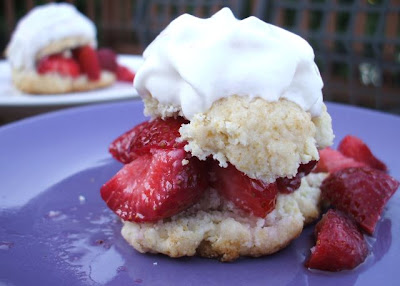 I will definitely make them again the next time shortcakes are on the menu.

Thanks so much to Cathy for picking them. If you'd like to see the recipe, please stop by Cathy's blog, or check out Dorie Greenspan's book "Baking, From my Home to Yours".

OK, that's all folks. I am going to try, try, TRY to get some of the yummies I've made lately with my new group of baking friends posted this week. I'm afraid summer vacation is already kicking my behind, LOL.
Posted by Jacque at 12:01 AM 18 comments: 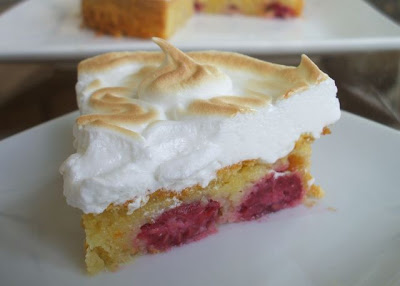 I think everyone went into this with high hopes... the picture of these brownies is one of the more appealing ones in the book. A white chocolate brownie is studded with raspberries and topped with golden meringue. YUM! 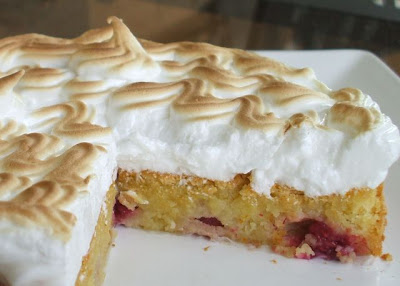 Unfortunately, the question and answer forum (on the TWD site) for this recipe was filled with cries of woe as reports of undercooked brownies became the norm. Apparently, it was difficult to test the done-ness of the brownies with the meringue layer on top.

I opted to bake the brownies "naked" until done and then top them with meringue, finally finishing them off with just a minute (actually less) under the broiler. Worked great!

How did they taste? Interestingly, I thought the orange zest in the recipe was the predominant flavor, with a burst of raspberry every now and then. (OK, I just figured out that I mistakenly added probably double the orange zest required... duh! No wonder!) Altogether they were quite tasty, once I got used to the orange flavor (I guess I was expecting more, well, white chocolate flavor, which I couldn't really detect).

If you'd like to see the recipe, please visit Marthe's blog (she is such a sweet and dedicated blogger) or check out Dorie Greenspan's book "Baking, From my Home to Yours".